The original Blockhouse was built in 1722 under the direction of William Burnet, provincial governor of NY. Gov. Burnet sent Capt. Peter Schuyler, Jr. to protect the Great Lakes routes by building trading posts and forts. A 2 story block house was constructed overlooking the Clyde River and guarding the trail to Lake Ontario (a fort had been constructed in Sodus). The Blockhouse was later used during the French & Indian War and the Revolutionary War by whoever had possession of it, including smugglers, who used it to smuggle goods to Canada via Sodus Bay. The original Blockhouse, located on the north bank of the Clyde River and east of the mouth of Vanderbilt creek, burned in 1800 but the area was still known as the Blockhouse.

A replica of the original Blockhouse was erected in 1975-1976 with money and materials donated by local industries and businesses. All the labor was supplied by volunteers as part of a Town of Galen Bicentennial project. This replica stands today and can be seen when you travel on Route 31 east.

Thanks to the daughters of George Maloy, we have the following photos of the current Blockhouse construction. A dedication ceremony and civil war reenactment marked the finish of this project. 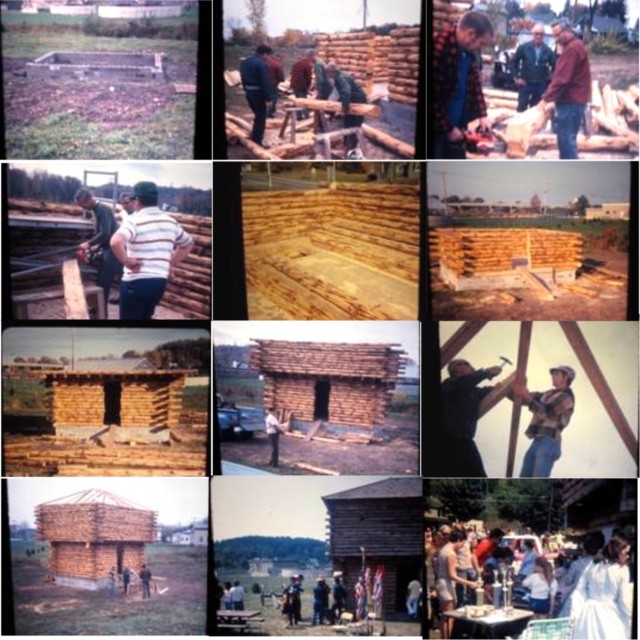 For even more information related to the history of the Blockhouse, you can visit http://www.dmna.state.ny.us/forts/fortsA_D/clydeBlockhouse.htm.

Return to Places To Visit